Kindergarten enrolment has increased considerably in recent times. 9 out of 10 children in Norway now attend kindergarten. Although kindergarten is not compulsory, it is seen as a part of the Norwegian education system. Kindergarten is an important arena for children’s all-round development through care, play and learning.

Number and types of kindergartens

All kindergartens submit an annual electronic report via the kindergarten statistics reporting platform BASIL. The statistics include every entity in the National Kindergarten Register which according to its industrial classification operates a kindergarten and is registered to care for children. Kindergartens use BASIL to report on the number of children, number of staff, staff qualifications, minority language children and children receiving special educational support. Statistics Norway links the data from BASIL to population figures, partly in order to calculate enrolment rates (proportion of children from different groups enrolled in kindergarten). 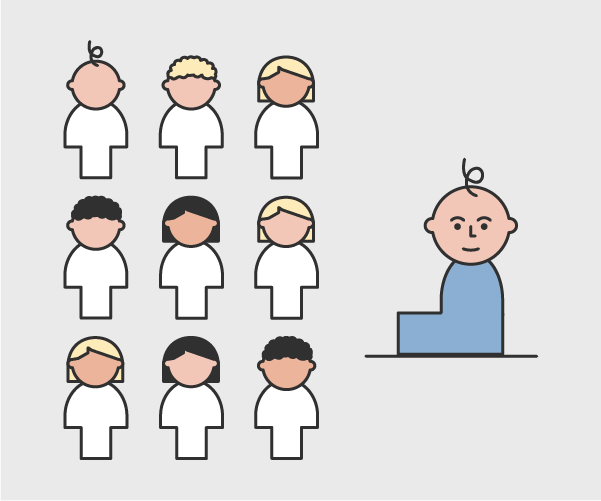 93 per cent of children aged 1–5 attend kindergarten. For 1-year-olds the figure is 73 per cent.

4 out of 10 kindergarten staff are teachers

41 per cent of core staff are qualified kindergarten teachers or hold equivalent qualifications. 20 per cent are qualified child care and youth workers. 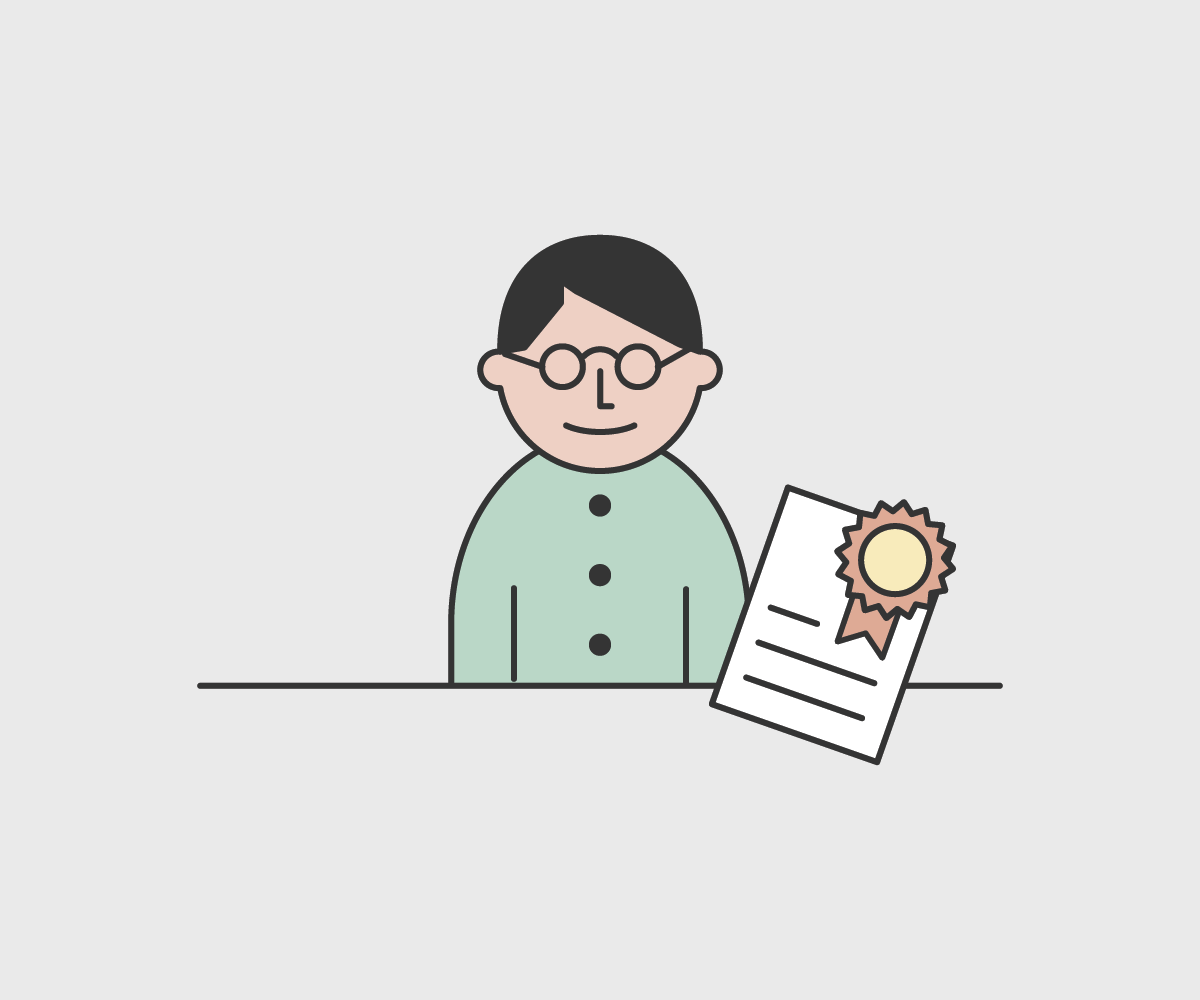 The core staff ratio requires kindergartens to maintain a core staff equivalent to one employee for every three children under the age of 3 and one employee for every six children over the age of 3. Children are considered to be over 3 years of age from August onwards in the year of their third birthday. This requirement applies from 1 August 2019. Kindergartens can still apply for a dispensation from the core staff ratio.

The teacher-to-child ratio According to the Regulations on Teaching Staff (introduced 1 August 2018), there must be at least one pedagogical leader for every 14 children over the age of 3. Pedagogical leaders must be qualified kindergarten teachers or equivalent. The local authority may grant a dispensation from the qualification requirement for up to one year at a time so that someone who does not meet the requirement can still work as a pedagogical leader. 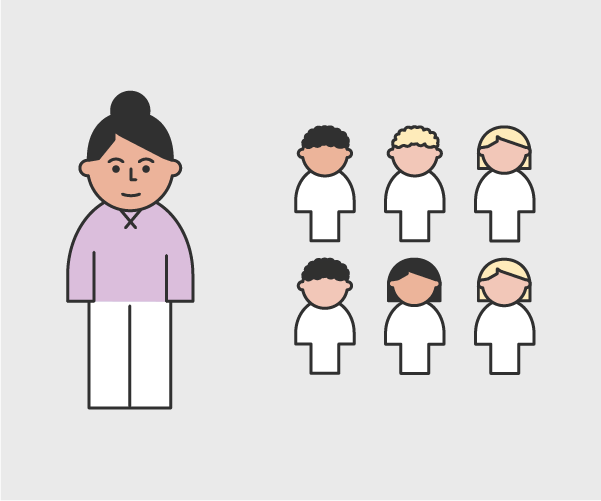 There is an average of six children for every staff member.

Kindergartens with dispensation from the child-to-teacher ratio

The staffing requirements are founded on the belief that staff density and staff qualifications are linked to the quality of the kindergarten provision. Studies show that staff numbers and formal staff qualifications both have an impact on the children’s well-being and development in that they affect the interaction between children and staff (OECD, 2018). Class size and the number of children per staff member also impact the quality of the interaction between the children and kindergarten staff (OECD, 2018).

Observations of kindergarten practices have revealed that kindergarten teachers are more likely than other staff members to actively set boundaries and enable verbal communication and autonomy for the children when interacting with  them (Bjørnestad et al., 2019). A study of the youngest kindergarten children (GoBaN) found that qualified staff, high staff density and small and stable classes have a positive effect on the adult-child relationship, which in turn positively impacts the children’s well-being (Bjørnestad & Os, 2018).

The GoBaN project is Norway’s largest research project on quality in kindergartens. The project has studied 90 kindergartens and looked at what characterises a good kindergarten and what impacts the children’s well-being, attainment and development. The research has applied a range of methodologies, including the quality tools ECERS-R (Early Childhood Environment Rating Scale) and ITERS-R (Infant/Toddler Environment Rating Scale). The project is funded by the Ministry of Education and Research and the Research Council of Norway. (Source: goban.no)

Kindergarten employees are reporting a growing need for additional skills in relation to children entitled to special educational support and children with a mother tongue other than Norwegian. This is particularly true for staff with a high proportion of such children in their kindergarten (OECD, 2019).

One barrier against participating in such skills development programmes is that kindergartens lack replacement staff to cover any absences, according to the TALIS kindergarten survey. Another barrier is lack of time due to family commitments (OECD, 2019).

Kindergartens are increasingly engaging with the Framework Plan

The Directorate for Education and Training's annual survey of the kindergarten sector found that kindergartens have stepped up their work on all of the learning areas (Fagerholt et al., 2019). This can be interpreted as a growing emphasis on kindergarten content. 73 per cent of the owners who were surveyed said their head teachers have welcomed the new Framework Plan. The topics in the Framework Plan with the greatest need for support materials in 2018 were digital practices, life skills, health and sustainable development (Fagerholt et al., 2019).

Parents are satisfied with their children’s kindergarten 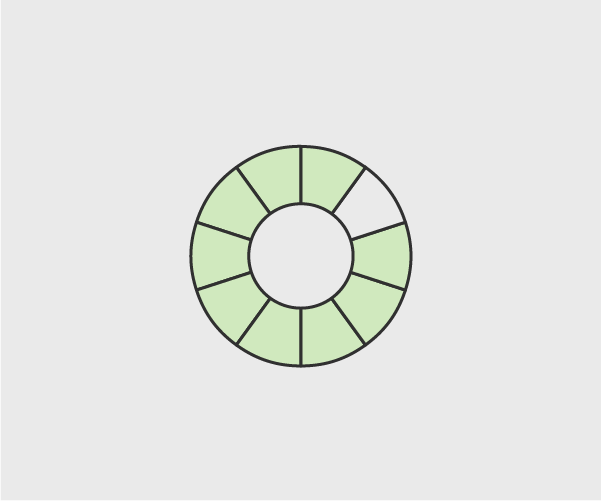 9 in 10 parents are satisfied with their kindergarten

However, there is a slight fall in satisfaction ratings when it comes to staff density in 2018 compared with 2017 and 2016. This may be due to the attention around the new core staff ratio. Actual staff density increased in the same period. There also seems to be little or no correlation between the structural characteristics of a kindergarten – such as its size, staff qualifications and staff density – and parent satisfaction (Opinion, 2019).

About the Parent Survey

A survey of kindergarten parents is carried out annually. In 2018 a total of 128,000 parents responded to the Parent Survey. In 2017 and 2016 the figure was 106,000 and 86,000 respectively. The 2018 response rate was 70 per cent. The survey is translated into 7 languages as well as Nynorsk and Bokmål. The survey invites parents to share their views on the kindergarten provision, including the children’s well-being and co-operation between home and kindergarten. The survey provides information about how parents feel about the provision. It is up to each kindergarten whether they wish to run the survey and each parent whether they want to respond. The survey is not representative in a statistical sense, but there is no evidence of non-response bias in terms of enrolment when we look at background variables such as geography, ownership and size (Opinion, 2018).

Children from families where the parents have limited education and low incomes and parents from minority backgrounds are less likely than other children to attend kindergarten (Moafi 2017). These background characteristics will in many cases overlap. A raft of measures have been taken in recent years with a view to increase enrolment amongst these children. The measures are particularly linked to financial barriers.

Kindergarten can have a positive impact on children’s language development

A summary of knowledge on language learning in kindergartens with multilingual children has found that exposure to the second language is important to the children’s language development. Exposure can take place in kindergarten, and research shows that kindergarten teachers should use methods that engage the children in order for them to learn. The make-up of the group of children and how the activities are executed are important (Lillejord et al., 2017). 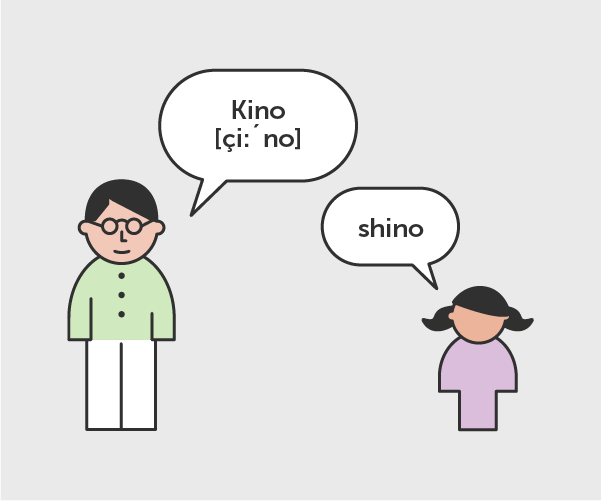 Kindergarten can have a positive impact on language development in minority language children.

The effect of kindergarten on language development is thus dependent on both enrolment in kindergarten and on the quality of the interaction between children and staff and between the children. Belonging to a linguistically competent group of children can compensate for differences in the parents’ education levels and help equalise the language skills of kindergarten children (Ribeiro et al., 2017).

The evaluation of a trial with free core time in kindergartens in the Oslo districts of Grorud, Alna, Stovner and Bjerke found that pupils who had been offered free core time performed better in the national reading test in Year 5 and that fewer of them were granted an exemption from the test (Drange, 2018). Children from immigrant backgrounds in districts that offer free core time perform on average as well as children generally in districts without such provision in national tests in Year 5. The good results in the reading test suggest that the offer of free kindergarten time leads to an improvement in the children’s language skills. This is in line with the objective of the initiative, although it is difficult to draw any definitive conclusions on the causal effects (Drange, 2018).

Numerator: Minority language children (BASIL/Udir) are defined as such when both the child and their parents/guardians have a mother tongue other than Norwegian, Sami, Swedish, Danish or English.

Denominator: Children from an immigrant background aged 1–5 are children who have themselves immigrated or who were born in Norway to parents who have immigrated. Children with country backgrounds from Denmark, Sweden, Ireland, Great Britain, USA, Australia and New Zealand are not included (Statistics Norway).

The purpose of the national discount schemes is to boost enrolment and to improve the circumstances of financially challenged families.

National scheme for reducing parent contributions: Under this scheme no one should pay more than 6 per cent of their income in kindergarten fees.

Free core time: All 2, 3, 4 and 5-year-olds and children with deferred school entry from low-income households are entitled to 20 hours of free kindergarten time per week. From 1 August 2019 free core time is available to households with a combined income of less than NOK 548,500 per annum.

The scheme applies to both municipal and private kindergartens. Parents must apply for free core time.

A total of 33,459 low-income households received a reduction in parent contributions in 2018. A total of 41,900 children have benefited from reduced kindergarten fees and 26,000 children from free core time due to low income.

Local authorities spent more than NOK 644 million on reducing parent contributions due to low household income in 2018. This is NOK 146 million more than in 2017.The national discount scheme for reduced parent contributions has helped increase kindergarten enrolment amongst the households in question by 1.2 per cent. The discount scheme has also cut the cost of a full-time kindergarten place for the households in question and has consequently helped reduce poverty (Østbakken, 2019).

Not everyone who is entitled to a discount receives it

Although the proportion of children who are entitled to a discount and receive it is increasing, a large percentage still do not claim their entitlement. Reasons for this could be that they are not aware of the schemes and the fact that families need to actively apply and produce documentation. A complicated application procedure could therefore mean that many of those who are entitled to a discount do not receive it. The government has therefore put forward a proposal to simplify the application process. 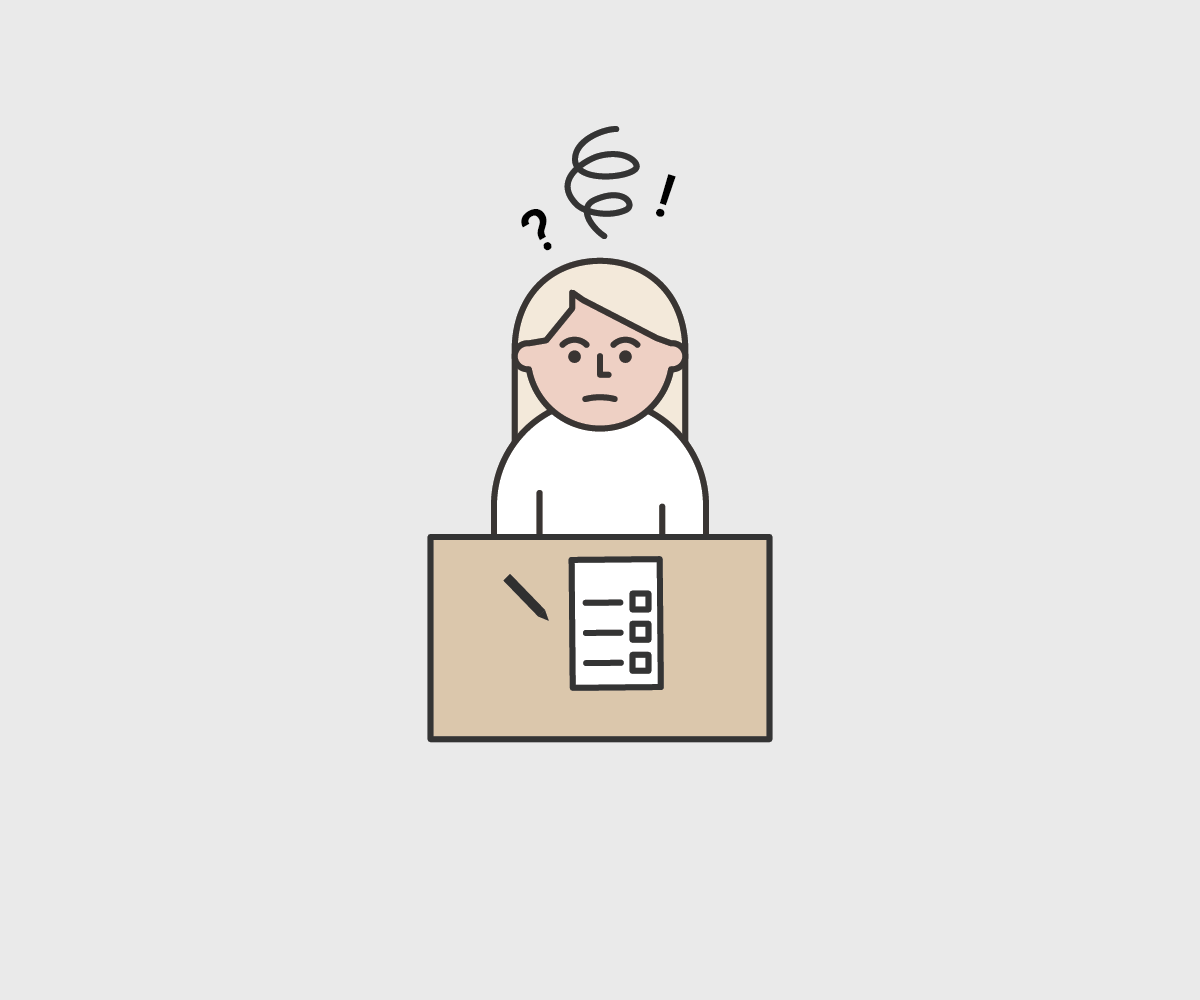 Many people may find the process of applying for a discount complicated.

Some parents may have other reasons than cost for not sending their children to kindergarten. This could include their views on what is in the best interest of their children, a desire to look after their young children themselves and a preference for other childcare arrangements (Trætteberg and Lidén 2018). Kindergarten enrolment is lower amongst children with non-working mothers than amongst children with working mothers. If one parent is not in work, there is less of a need and desire for childcare and probably less money to spend on kindergarten fees.

Four in five parents of 1 to 5-year-olds who do not apply for a kindergarten place for their child say it is because “it is important for the child to stay with the mother in the early years”. Seven in ten parents who receive cash-for-care benefit say that they would not apply for a kindergarten place if the benefit was withdrawn (Moafi 2017). These may be indications that there are factors other than financial circumstances that impact kindergarten enrolment rates.