Inclusive kindergartens and schools have flexible solutions in place and allocate sufficient resources to be able to adapt the provision to accommodate everyone at an early stage (Ministry of Education and Research, 2019). Early intervention has been a key focus area in compulsory education in recent years. White Paper 6 reinforces the responsibility placed on kindergartens and schools for early intervention, inclusion and good, adapted teaching provision. Early intervention refers both to action being taken at an early stage of a child’s life and to intervention as soon as problems arise or are identified (Ministry of Education and Research, 2019).

About the entitlement to special educational support

A disproportionate number of boys are receiving special educational support

The proportion of children receiving special educational support in kindergarten increases from 0.4 per cent of all 0 and 1-year-olds to 6.1 per cent of all 5-year-olds. One reason for this might be that it takes time before a child’s challenges are identified and the support is provided to prepare the child for starting school (Wendelborg et al., 2015). 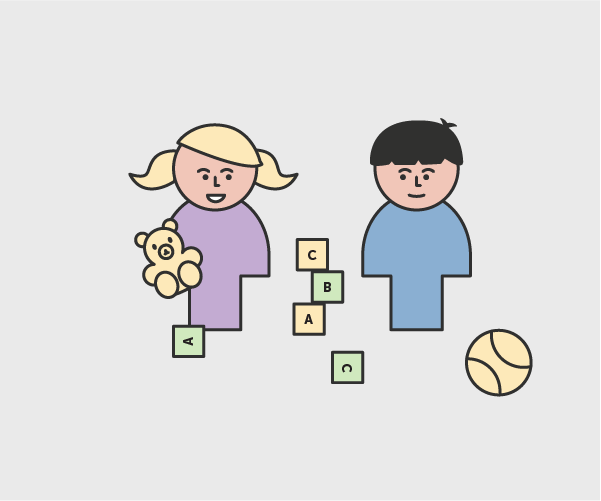 71 per cent of children who receive special educational support are boys. Most of them are in the 3–5 age group.

A total of 393 six-year-olds are enrolled in kindergarten. This is equivalent to just 0.6 per cent of the cohort. These are children whose entry to school has been deferred. 76 per cent of all 6-year-olds in kindergarten receive special educational support. Deferred school entry is less common in Norway than in other countries. Parents must contact the local authority to request deferred entry. The local authority will make a decision after obtaining expert advice from the educational psychology service (The Norwegian Directorate for Education and Training 2017c). In comparison, between 10 and 15 per cent of 6-year-olds in Denmark have their entry to school deferred. Amongst boys born in December the figure is 56 per cent (NOU 2019:3).

7.7 per cent of pupils in primary and lower secondary received special needs support in autumn 2019, equivalent to 49,800 pupils. Having risen over a number of years, the figure fell slightly in 2012 and has since remained stable at just under 8 per cent.

The proportion of children receiving special needs support varies between 0 and 22 per cent from municipality to municipality. The greatest variations can be seen in the smallest municipalities in particular.

The extent of special needs provision also varies according to school size. At schools with 500 or more pupils the proportion of pupils receiving special needs support is on average 7 per cent, while at schools with fewer than 100 pupils it is 12 per cent. 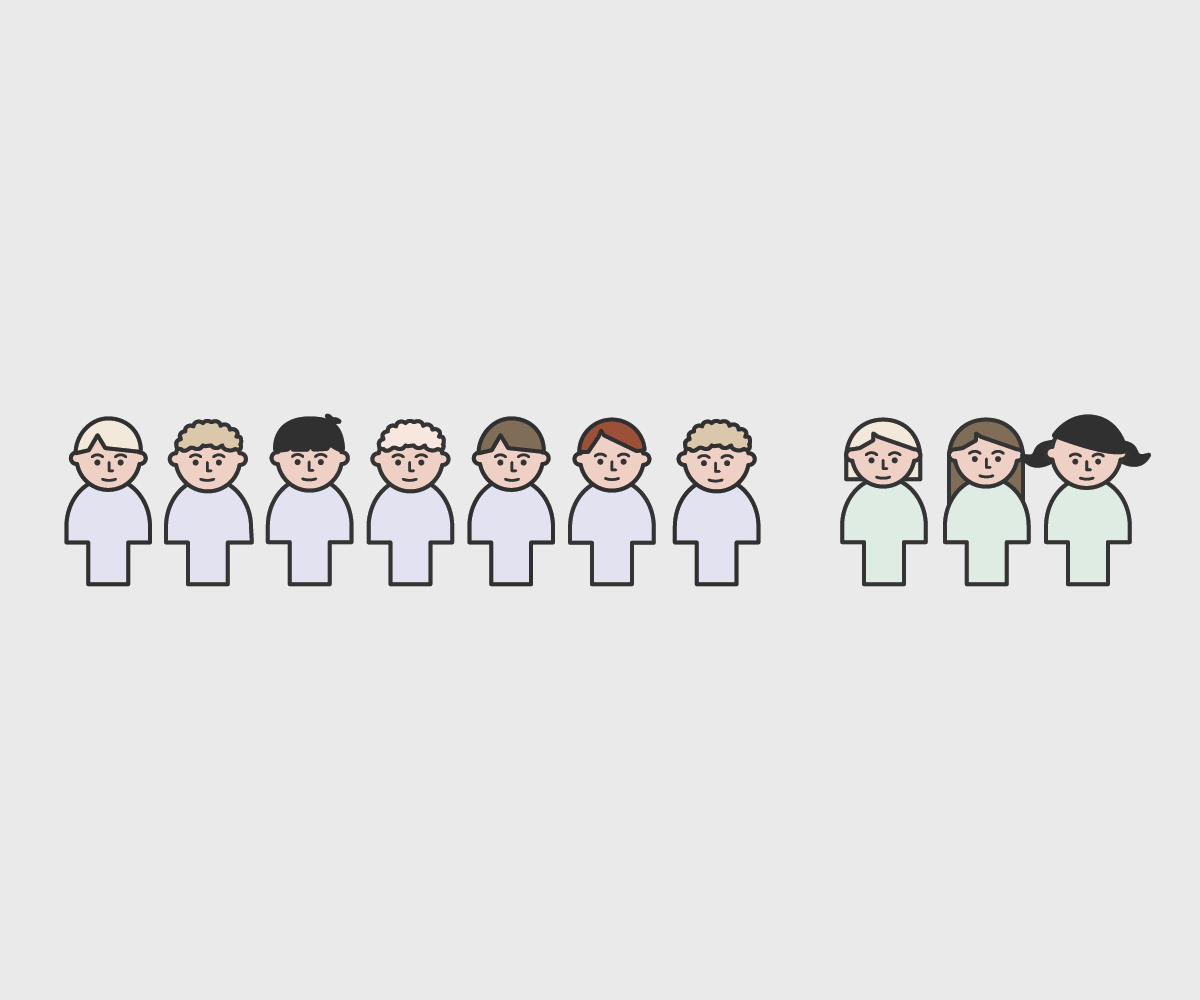 7 in 10 pupils who receive special needs support are boys.

There is little research to explain the higher prevalence of special needs provision in private primary and lower secondary schools compared with public schools. One reason could be that parents of children with particular needs or children with a statement of special needs are more likely to apply to schools that offer alternative teaching methods.

Steiner, Montessori and Christian schools stand out amongst the schools with a high proportion of special needs pupils.

The total number of hours for a Year 1 pupil is around 700 hours a year, while a pupil in Year 10 receives just under 900 hours a year.

Significant variations in the amount of special needs provision given

At small schools with fewer than 100 pupils 64 per cent of statemented pupils receive more than 271 hours.

The resources available determine how the special needs provision is organised. In larger schools it is more common to provide special needs support in groups, which can be an appropriate solution when there are several statemented pupils in the same school. Group tuition is less common in smaller schools. 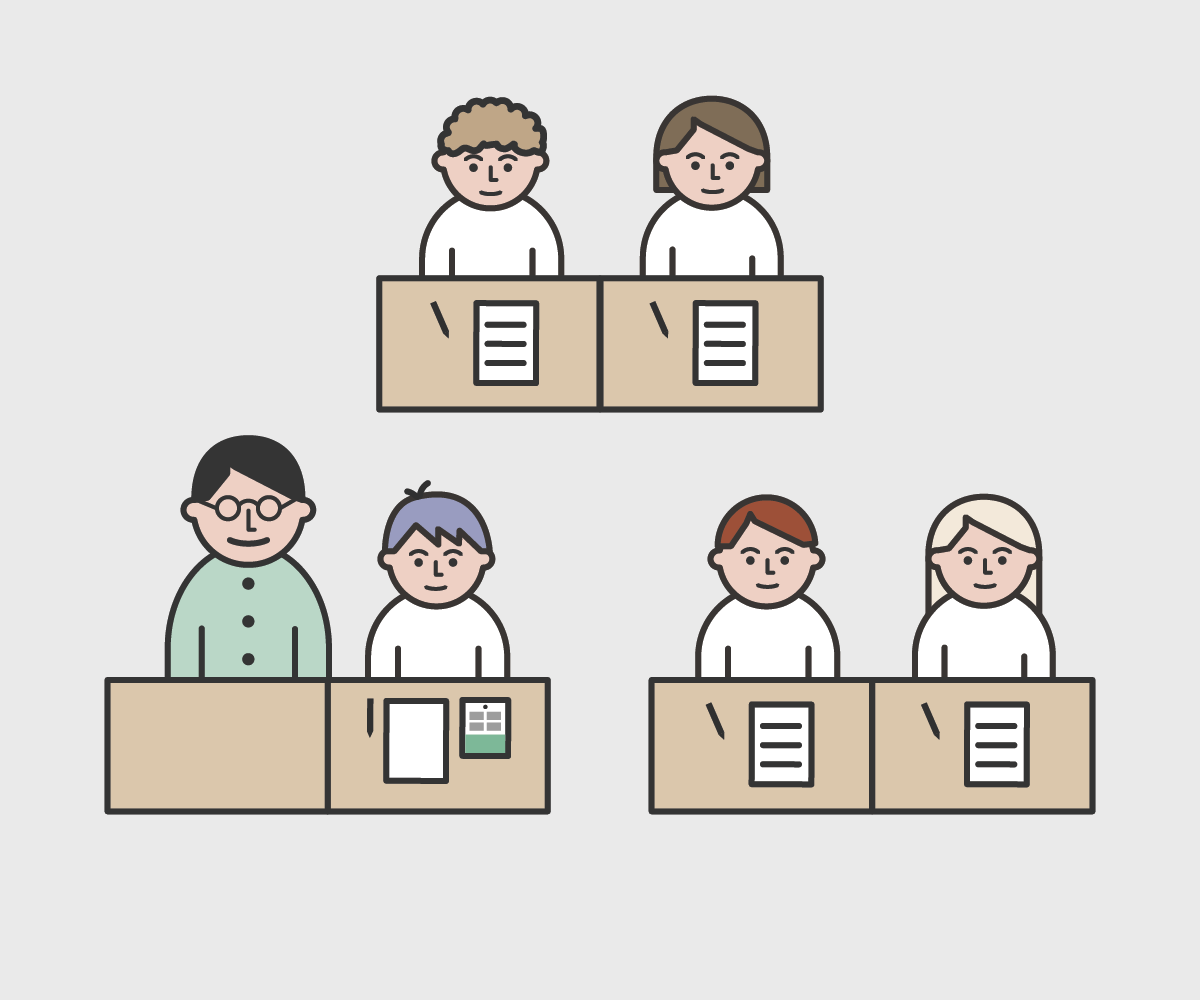 A further 1,800 pupils with statements of special needs are on placements in alternative learning environments one or more days a week with activities including outdoor pursuits, farm work or car mechanics, for example.

There is reason to believe that the quality of the mainstream provision has a significant impact on the need for and value of special needs provision for many pupils.

The principle of adapted tuition poses a challenge to learning environments, methodologies and pedagogy in schools. It requires schools to give active consideration to variations between the pupils. One key political goal is that special needs education should mainly be provided by teachers or SEN specialists.  In the TALIS 2018 survey one in six teachers reported a “high level of need” for professional development in relation to teaching children with special educational needs. This is highlighted further in that one in five headteachers considers the shortage of teachers with these skills to be a factor that prevents the school from providing quality instruction “a lot”.

A report by the Ombudsman for Children, the Nordahl Commission and the subsequent consultation all showed that many people agree that provision for children and pupils with special needs is often inadequate. Not all children and pupils receive the help they need. Many get help too late and are met with low expectations (Ministry of Education and Research, 2019).

A study has found that in fewer than half of cases where pupils receive special needs support it was provided by a SEN specialist. The study also revealed how the proportion of SEN specialists fell at the lower secondary stage despite an increase in special needs provision year on year (Haug, 2017). 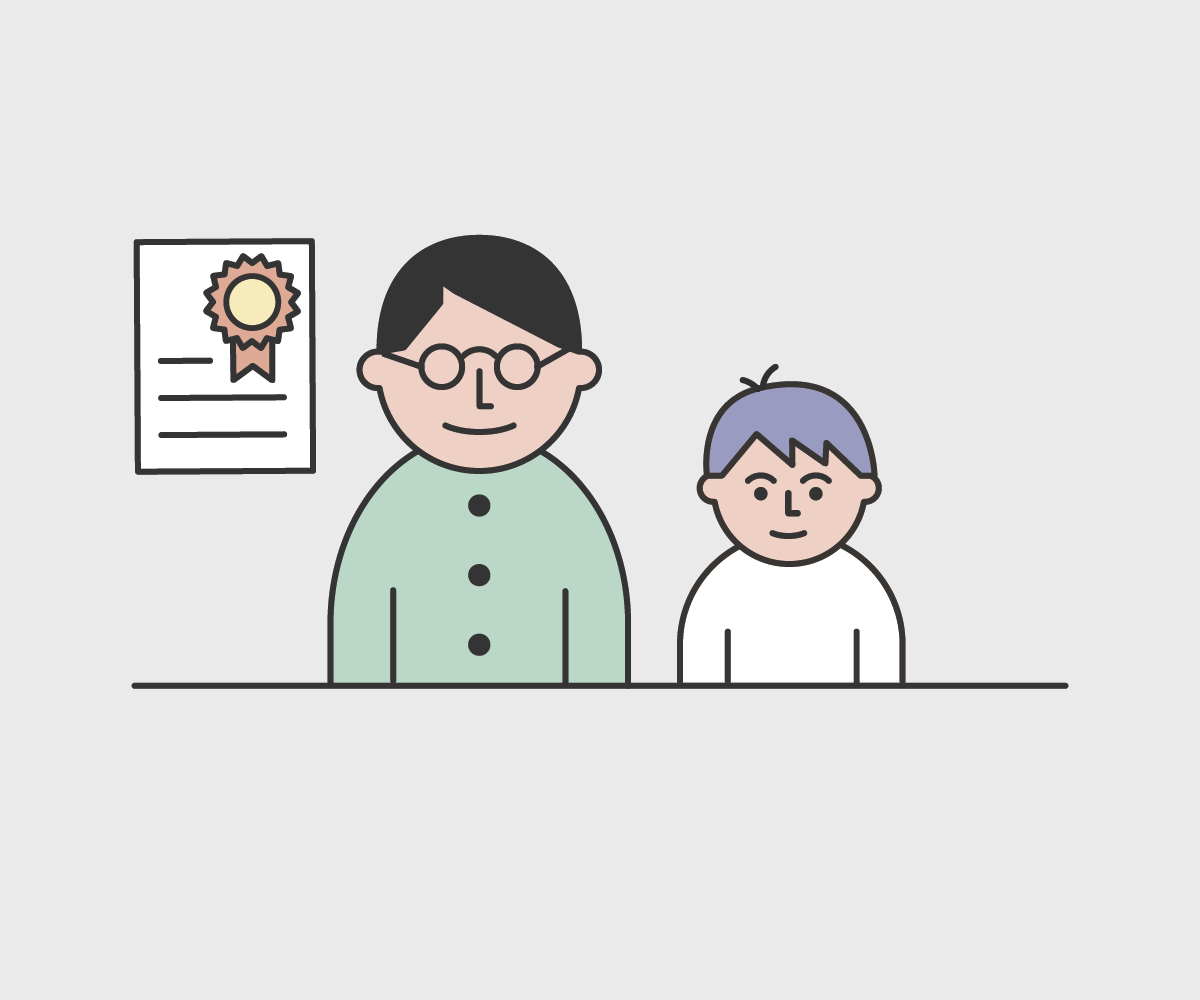 One in six teachers say they need to improve their skills in  teaching children with special educational needs.

The percentage of students receiving special needs support drops in the transition between lower and upper secondary. A NIFU report has found that 4 per cent of students in upper secondary education or training were given special needs provision in the 2018-19 academic year (Markussen et al., 2019). This is considerably fewer than in Year 10, where the figure is 10.6 per cent.

The study states that the limited extent of special needs provision could be linked to the fact that the students themselves choose their programme of study and that they are able to specialise in subjects that interest, motivate and engage them. Some students no longer wish to receive special needs provision and turn it down. Another reason may be that smaller class sizes on vocational programmes make it easier to accommodate them (Markussen et al., 2019).

Some students who receive special needs support are not affiliated to a particular year group (Markussen et al., 2019). They may be students undergoing life skills training or training for work (see fact box on completion rates) in small groups or another form of training that does not follow the usual progression from one year to the next. Students who pursue non-affiliated courses on general study programmes make up 32 per cent of all students receiving special needs support (471 in 1,406 students). On vocational study programmes the figure is 28 per cent (1,184 in 4,156). 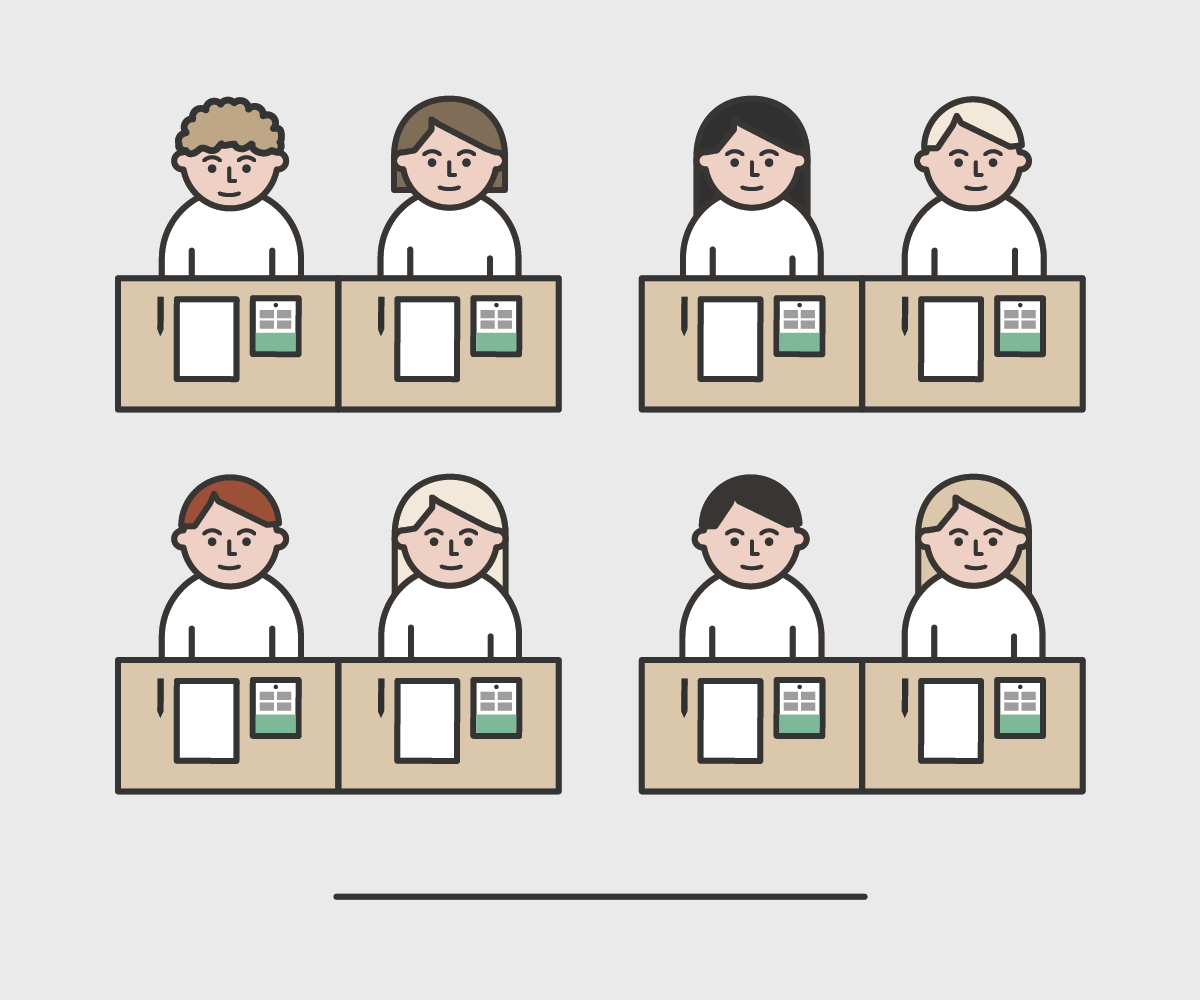 Considerable variations between counties and schools